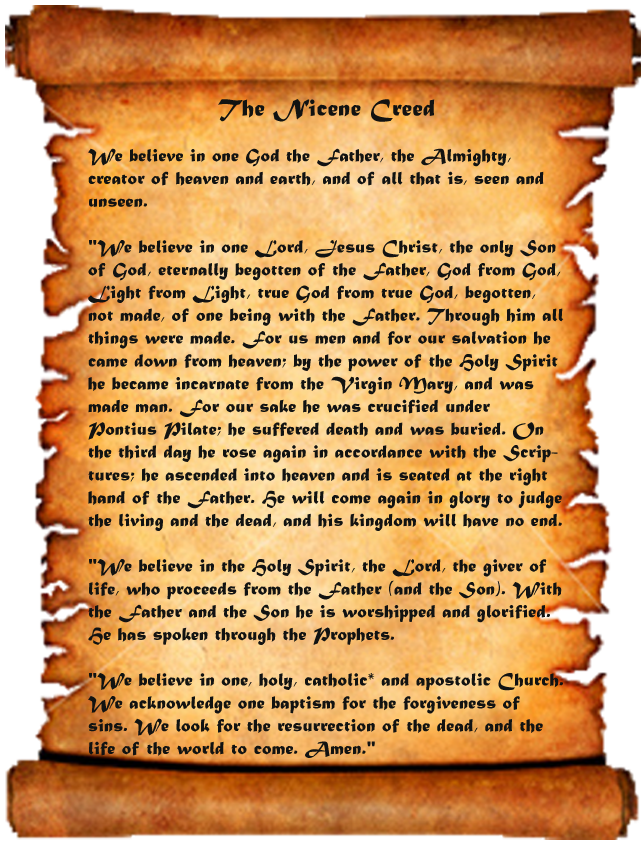 “By Brent’s own words, ‘the creeds need not be taken literally’ he holds the creeds he represents as truth to be of varying degrees of nonsense.   To me, I’d rather be hounded by a persistent pentecostal than to realize a man in church authority has ambivalent feelings regarding honesty and is a hypocrite to boot!” –Lotta Joy

“...stop trying to think about religion, it is doing your head in. Just look at what’s going on in the world today; death and destruction all in the name of some potty religious belief. That alone should make anybody with an ounce of common sense see how idiotic these divers belief are. Sorry for you Snowy. Sad that a man with your intellect keeps banging on about this crap.” –Philip

I’ve thought a great deal about issues of bad faith pertaining to my attendance at church, though not in regard to Brent but myself, so it would be difficult for anyone to offer an objection that I haven’t already considered, not that I’ve made peace with them all. I’m also more aware of the evil and stupidity done in the name of God than are most people, because I read about them more. Perhaps, the best I can hope for is that those who disapprove of my actions will indulge what they interpret as my stupidity—if not my insanity—as the misfortune of a fellow about whom they care and who appears to be prudent and sane in other ways. Now, I’m going to share some loosely connected reflections about various things pertaining to the creeds and to my attendance at church. I doubt that they will change anyone’s mind, but they’re all I can offer.

The Nicene Creed dates from a church council convened by Constantine in 325; the Apostles’ Creed is older, its authorship unknown. The two are similar, and some denominations use both. The creeds’ creators believed that the earth was flat, and that the sky was an upturned bowl beneath which the sun circled during the day and through which the lights of heaven shone at night. According to the creeds, this heaven is under the dominion of a patriarchal deity who sits on a literal throne with his literal son seated at his literal right hand. Because heaven is above our heads, Jesus had to descend from it when he came to earth and ascend to it upon his return.

The creeds raise other awkward images and questions, the awkwardest of which concerns Jesus being “…made incarnate by the Holy Ghost of the virgin Mary.” Try to envision God the Father wanting to become his eternal son’s male parent by an earthly virgin, but rather than impregnate her himself, he sends the Holy Ghost to do it by what might be the first instance of artificial insemination.

The early church might have created creeds that encouraged good, something along the lines of, I believe in equal rights for all. I believe that it is wrong to force religion on others, or to harm anyone in the name of God. Instead, they based Christianity upon the acceptance of theological propositions that have inspired nothing but exclusion and persecution. Even today, membership in the Episcopal Church, among others, is predicated solely upon the willingness to say words that never ennobled anyone.

Even so, the liberalism of the American Episcopal Church puts it in constant danger of either disintegrating or being excluded from the Anglican Communion, so I would not discard the creeds even if I could. I consider it worth threatening church unity over human rights—and Episcopalians have often done that—but I don’t believe the creeds rise to that level of importance.

I asked Brent if anyone in a position of leadership in the church is required to accept the creeds literally. He looked thoughtful for a moment, and then said that the Archbishop of Canterbury wrote that Anglicans should maintain an openness to the creeds as a source of ideas for reflection, but that there is no requirement that they be accepted literally. People often argue that the church is too dogmatic, but in this instance the Episcopal Church isn’t being dogmatic, so I do not regard myself as a hypocrite for accepting the church for doing the very thing that I have long wanted it to do, which is to accept me despite my rejection of dogma.

The Episcopal Church once supported slavery, the subjugation of women, the prohibition of homosexuality, and other evils, but it would not have been for the benefit of the Episcopal Church (or of society) had those who opposed these things left the church because they believed their choice was between that and hypocrisy. Likewise, it would only make growth impossible if everyone who didn't like the creeds were to leave today's church.

When I went through the various Masonic degrees, I had to promise to submit myself to being slowly and ritualistically killed if I violated Masonic law. Few Masons would torture someone for such a violation anyway, plus no felon can remain a Mason. I don’t think of 1,700-year-old, largely nonsensical, church creeds as anymore binding than those Masonic oaths. Even if they were binding centuries ago, they’re not binding now. They’re simply a part of tradition that is becoming increasingly awkward.

I think of the creeds somewhat as I think of hymns that contain statements that no one takes literally. Like many hymns, the creeds pretend to be statements of personal conviction, but I think of creeds, hymns—and the liturgy as a whole—as more akin to a play. Some parts I like, and some parts I hate. Since I can’t do anything about the latter, my choices are to work with them, stay home, or be a Unitarian.

I doubt that anyone would know or care if I didn’t say the creeds, but I choose to say them because I consider them a part of the experience—of the play, as it were. My usual thought as I say them is that they’re musical and succinct, and that they represent a shared experience with the community by which I’m surrounded.

I will continue to use metaphors liberally by saying that I regard going to church as like sitting by a waterfall. If someone were to come along and ask me whether I regarded the waterfall as true, the question wouldn’t fit the experience. Likewise, church isn’t a truth experience, in regard to rationality anyway, but an emotional, communal, reflective, and aesthetic experience. The fragrance of the wine takes me back to my childhood when I would return home from church and celebrate my own communion with Saltines and grape juice; the communion and the passing of the peace connects me to those around me; the sometimes ancient hymns reminds me that I’m partaking in a tradition against which my own lifespan is miniscule; Brent’s presence inspires me to be as open toward others as he has been toward me; the movements I perform enable me to feel like a participant rather than an audience member.

I’m experimenting with church, not to discover the truth about God, but to reconcile parts of myself that are in disharmony. If I could find another way to do this, I wouldn’t go to church, but there’s something there that I need, and as grossly imperfect as church is, I don’t know of another option. Even so, if I felt utterly alone in the Episcopal Church, I wouldn’t go. But as it is, I know there are others who have many of the same problems with the church that I do, yet they go because, like me, they find something there that they need. Will my attendance then be longterm? I have no idea. I have made no commitment, and any commitment that I tried to make would be meaningless.
Posted by Snowbrush 18 comments: