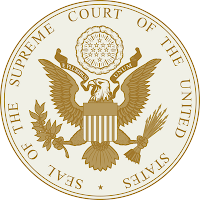 “Any property may now be taken for the benefit of another private party, but the fallout from this decision will not be random. The beneficiaries are likely to be those citizens with disproportionate influence and power in the political process, including large corporations and development firms. As for the victims, the government now has license to transfer property from those with fewer resources to those with more. The Founders cannot have intended this perverse result. ‘That alone is a just government,’ wrote James Madison, ‘which impartially secures to every man, whatever is his own.’”

I happened to turn on my computer and learn of the ruling within minutes of it being issued. I sat in shock, having known that the case was before the court but never imagining that the court would contradict my very definition of America. I listened to radio and television all day, switching from one station to another to discover the extent of the nation’s outrage, but was chagrined to learn that what struck me as cause for revolution, scarcely registered on the country as a whole. The proposed flag burning amendment was considered worthy of yet another daylong discussion, whereas only NPR even made mention of the Supreme Court decision. I am surely a mutant to a decidedly unintelligent species.

Free speech is worthless unless the speaker succeeds in raising sufficient support to intimidate politicians (a feat that requires money and status). Until then, the merits of his arguments and the persistence of his presentation are ignored. Property, on the other hand, is important because it gives the individual a measure of control and self-determination. By making my property available to whomever can generate the highest tax revenues, the court has effectively made it possible for the city of Eugene to sell my property to the highest bidder. I don’t say that the city will take my land and give it to the owner of a True Value Hardware Store, although this very thing happened to a homeowner in Arizona. And it is unlikely that my house will be torn down so Ted Turner can put up a parking garage, even though this was the case in New Jersey. But I might very well face a similar fate, because my house sets where the city wants a hotel that would serve the county fairgrounds.

Now, I am free to wonder if and when the axe will fall, free to decide how many more dollars and hours I want to put into improving my property. I am free to wait for the city to appoint advisory committees to hire feasibility experts. If their reports are favorable to the ears of the city, I am then free to take whatever money I am offered based upon the recent selling prices of similar properties in my area, no matter that the market is up or down, and no matter that there are no similar properties in my area. After deciding what it will pay, the city will send a policeman with a condemnation order telling me when I am free to leave so bulldozers can sweep away my years of work.

I suppose that, when all is said and done, the leaders of even the best governments spend their taxpayer financed careers looking for ways to take power away from taxpayers. Individuals come and go like fireflies, but bureaucrats are forever, weaseling, manipulating, and strong-arming; doing things in the name of government that they would never dream of doing in their private lives. Alone, they won’t put a gun to my head to take my property, but they will do it for government and sleep soundly afterwards. This is not because government is wiser or nobler than ordinary people, but because it relieves its minions of personal responsibility. They, in turn, can assure those whose lives they disrupt—or destroy—that they are just doing their jobs, just following the orders of the legislature or the city council. In any event, no actual person is to blame; it’s the system, it’s city hall. Soldiers are dying everyday so I can be free to rant all I want against governmental unfairness, but I had better be damned sure to be out before the wrecking ball arrives, or I will be killed (impersonally, of course); and that would be a shame because such deaths look bad on page 19-C of the local paper, and because they throw the builders off schedule.

If Ted Turner had persuaded the city to condemn my home so he could build a parking garage, I would take it very personally. I would blame him, and I would blame the mayor and any council members who went along with him. I would also blame the secretary who typed the order, the police officer who delivered it, and the contractor who demolished my house. My problem would not be who to blame, but who to kill since I would be stopped before I killed them all.

Of course, I speak as a fanatic, a hothead, and I probably wouldn’t harm anyone anyway because I have both a wife and a life to consider. But this is where I get confused. Is life a thing to be clung to regardless? Apparently, the government is also confused. On the one hand, it has gotten 1,729 American men and women killed in Iraq for a cause that makes no sense to me, while on the other, it has fought vigorously for the “life” of a brain dead woman along with the “lives” of test tube fetuses that would be destroyed anyway. Compared to war, snuffing Ted Turner would make perfectly good sense because it would be a direct attack on an egregious predator and oppressor. In war, directness is seldom the case. My countrymen have killed the youth of many nations, and their youth has killed our youth, not out of hatred or because one or the other was evil, but because governments ordained the killing.

I offer this as another example of individuals performing horrific acts because government claimed the power to relieve them of personal responsibility. I would suggest that this is not an ethically defensible position, and this is why the assassination of someone like Ted Turner would be an act of virtue and economy. War is like burning down a house to get rid of the roaches; assassination is targeting nothing but roaches. How much nobler is that man who takes personal responsibility for a justifiable assassination than is that soldier who kills strangers in war. The former knows that his own defamation and destruction are insured, while the latter anticipates honors and benefits.

These were some of my thoughts after I read the court’s verdict, but there were others. For example, I recalled that I am expected to recite the Pledge of Allegiance to the Flag at lodge, and I can no longer do that unless I substitute, “…the country for which it stood for “the country for which it stands.” I thought of America’s soldiers, and I knew that I no longer consider them my soldiers; and of America’s police, how they are no longer my police. Both have become the arm of an occupying force. I also felt relief, because, having lost connectedness to my country of origin, I am less concerned for its welfare. So what if illegals flood the borders and rob us of our culture and language? So what if terrorists set off a dirty bomb in Washington? I will grieve for the innocent dead, and I will regret whatever economic cost I incur, but I will not view it as a personal affront to something that is precious to me.

I experienced such feelings because property is my most intimate possession. For the government to take away my right to be master of my home and the little parcel of land upon which it sets constitutes such an intimate and degrading incursion that it would lead me to seriously question the value of my life if I acquiesced.

Simply put, I don’t know if I could in good conscience allow it to pass without resorting to violence. I would reflect on the fact that I have already lived a good many years, and that surely it would be better to die at sixty while fighting for something I believed in than at eighty of a stroke. The rub, as I have said, is that I have a wife; also, the worst has not yet happened, at least not to me, and I can’t honestly say what I would do. I can but say that I would equate surrender with weakness.
Posted by Snowbrush No comments: