Three ways of thinking about God 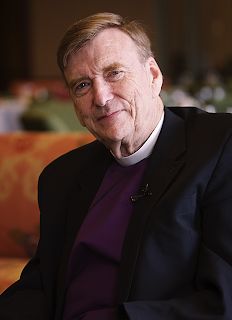 First Version (I speak from experience)

Heaven is somewhere up above. God and Jesus have thrones, and Jesus’ throne is to the right of God’s throne. Heavenly beings stand before these thrones 24 hours a day for all eternity singing praises to God and Jesus. God and Jesus demand that we praise them, but it only counts if we want to do it. Here’s a list of what you need to do to get into heaven: praise God and Jesus everyday; do good works; get baptized by immersion (today if possible); go to a Church of Christ every Sunday; ask God to forgive you your sins throughout the day so you won’t die with any of them unforgiven. If you want to go to hell, here’s how you can do that. Die while masturbating; play musical instruments in church; become a liberal; get sprinkled rather than immersed; use the wrong number of glasses during communion; let women talk in church (including announcements and Sunday school); get divorced and remarry.

Hell is somewhere below, maybe at the middle of the earth. It’s like a big lake, only instead of being blue with water, it’s red with fire, and people writhe in this fire forever and ever, and during every second of that time, the fire is hurting them a trillion times worse than anything on earth ever hurt anyone. If you’re in heaven, you will be a trillion times happier than anyone on earth ever was, and you can even look down and see the people in hell, and they can look up and see you. Almost everyone you ever knew will be in hell, but heaven will be so wonderful that even the sight of your loved ones writhing in agony won’t diminish your joy.

God is of another dimension, and can’t be captured within the language of this dimension, but Jesus demonstrated what our own lives could be like if we lived in constant communion with God. God can be sensed in the silence between words well spoken, or glimpsed through stories, many of which were first told around Bronze Age campfires. God sometimes shines on us through figures of speech that can only hint at his reality. When we feel love, we feel God’s presence. When we speak truth with wisdom, we give expression to the faintest whisper of God’s voice. When we experience wonder, we inhale the barest fragrance of God’s intelligence.

God is pure joy. God is pure love. God is everything good rolled into a three-letter word. God is the ground of our being. God is that for which even atheists hunger but have no name. Within God we exist, yet God need not be conceived as all-wise, or all-powerful, or even as a conscious entity. God can simply be defined as the totality of the good that exists within every one of us, or even as the evolutionary potential of our species. We look for God in flowers; we hear God in music; we see God’s eyes looking back at us through the eyes of other people. We all came from God, and we will all return to God. Hell only exists on earth. Heaven is an awakening to universal oneness.

Religion is all made up. Most people know down deep that this is true, which is why they only revere people who heard God’s voice in ancient times, while admitting that modern-day people who hear God are insane. Without God, there would be no holy wars; no genital mutilations; no prosperity gospel; no anti-science bias in education; no tax-exempt churches; no denial of global warming; no blaming sin for hurricanes and school shootings; and no soccer stadiums filled with 10,000 men who have come to watch another man decapitate a woman.

Liberal believers aren’t as bad as other believers because their God only exists as a mile-high stack of harmless metaphors. Unfortunately, their rejection of evidence and reason in “matters of faith” still puts them on the side of ignorance and superstition. When the religious right persecutes atheists for trying to keep America from becoming a theocracy, religious liberals support the persecutors by remaining silent. Fortunately, 20% of Americans no longer have any religious affiliation, and their number is growing rapidly. Most of these people still believe in what they call something, but at least they’re not trying to make their beliefs into laws.

John Spong (pictured) is a liberal Christian whose writings I have read. His photo is by Scott Griessel.
Posted by Snowbrush 17 comments: