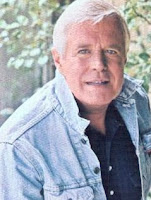 It’s a rare night that I can sleep without drugs. For pain, I take Cymbalta, Dilaudid, oxycodone, and Neurontin. For sleep, I have Ambien, Dalmane, Restoril, and marijuana. All of these drugs have overlapping benefits and they work best in combination, but with the exception of marijuana I seldom mix them because of the increased risk of side effects. Also, except for marijuana, I never take any of them during the daytime. The one exception was when I took oxycodone two weeks ago for that anxiety attack caused by the Cipro.

My most effective painkiller/sleep aide, is Neurontin. Oddly enough, considering how strong it is, Neurontin doesn’t make me high unless missing doorways and bouncing off walls counts as being high. To avoid tolerance problems, I save it for when I’m desperate. For example, I hardly slept three nights ago, and when that happens, I go for broke the next night, so I took three doses (900 mgs) of Neurontin at once and spent the next several hours flat on my back. One of the ways I minimize pain is by turning over a lot, so when the pain finally awakened me, I was hurting pretty bad, but the drug still had enough kick (about 16 hours worth altogether) that I was eventually able to get back to sleep.

Last night, I was so tired that I did my best to sleep without drugs, but that only lasted for five hours before I took a 10 mg Ambien, which is my short-acting favorite. Taking so many drugs means that I'm pretty much permanently snookered. I'll give some examples of the annoyances this causes. One. When I got up this morning, I couldn’t find my sunglasses, so I finally left the house without them. When I got home, there they were, right where they were supposed to be, which was the one place I didn’t look. Two. I’ve already looked once today, and I still can't remember if this is 2011 or 2012.

I’m going to address addiction since some of you expressed concern about it following my last post. I was surprised that one person was especially worried about marijuana because I consider marijuana to be the least harmful drug I take in terms of tolerance, dependency, side-effects, or—in the case of narcotics—addictiveness. It strikes me as exceedingly odd that the least scary drug I use is the only one that's illegal. Marijuana can be habituating, of course, but then so can jogging or eating ice cream. Narcotics are a whole other animal because they bring about permanent changes in the brain and hellacious withdrawal symptoms. As I write, I haven’t used marijuana for five days (I sometimes get tired of being high) without the least problem. If I used narcotics as often as I normally use marijuana, I would be under medical care for withdrawal.

To further compare narcotics and marijuana; I prefer marijuana because it causes me to think about the world in deeper and more interesting ways, ways that are so profoundly true for me that they seem to be coming from the core of my being. The drug rarely leads me to euphoria while it not uncommonly makes me anxious, dysphoric, and sometimes downright miserable. I often go for months during which I start most days with marijuana and coffee and then continue to use marijuana until bedtime. I do this because I like the mental stimulation but also because pot works far better as a sleep aide if I use it all day. Sleep is my major challenge not just because of the pain but because I have four separate sleep disorders—insomnia, sleep apnea, nocturnal myoclonus, and nocturnal bruxism.

Narcotics differ from marijuana in that they do induce euphoria, although I find them boring in terms of thought stimulation (who needs to think when he’s euphoric?). I’ll use an analogy to describe how I envision narcotic addiction. Imagine that you’re rafting down a slow and muddy river. The hot air is stifling and the scenery boring. You too are stifled and bored, and you wish with all your heart that you could feel like you were getting somewhere, but your entire life has come to seem like a failure no matter what you do. Then you come to a whirlpool (narcotics), but you don’t realize it's a whirlpool because it's so wide. You’re just pleased to find that you’re moving, although you can’t really remember why you ever wanted to be someplace else. The breeze in your face is cooling, and the same scenery that bored you a few minutes ago is now fascinatingly beautiful. Happiness seems so simple and natural, and sadness so twisted and complex that it's hard to imagine that you were ever unhappy. By the time you see Death at your side, you might be too far gone to turn back. I’m not talking about me, but neither do I remain cocksure that addiction only happens to other people, people inferior to myself. When you're desperate for a way out, even a bad option can look better than no option.

My narcotic mainstay is oxycodone (when it comes combined with acetaminophen, it’s called Percocet) because I’ve been approved for a years’ worth without even having to go back to my internist. I limit myself to 30 mgs at a time (the starting dose is 5-10) three or four times a week. Unfortunately, I feel less euphoric and get less pain relief from thirty than I once got from ten, but I'm afraid that if I take a higher dosage even once, I’ll be tempted to do it again. Why did I set 30 as my limit when my prescription calls for 10-20? Because I was taking 30 when I got scared, and since I was handling that okay—except for the hellacious constipation—I stayed with it. Narcotics are so insidious that even though 30 no longer gets me high for more than a half hour, I crave it on my narcotic-free nights. On the nights I do take it, I have trouble waiting until bedtime to do so because the rush initially makes me too happy to fall asleep, so I want to be up doing fun things. There's nothing like high on narcotics and marijuana and then baking crackers while watching a movie. Yep, that's right, I can carry on real well even while real high, so well in fact that even Peggy can't even tell if I've had anything.

I sometimes imagine that narcotics are talking to me. They say they’re my friends, and that there’s really no reason for me to be in pain when all I have to do to feel better is to take a few milligrams extra. They assure me that, just as most people can safely relax in the evening with a few drinks, so can I relax with a few narcotics. Besides, don’t I deserve a little euphoria? Hell, I’m in pain; my brain—the one I once took pride in—is a turnip; I can’t do many of the things that I used to find meaning in; I look like shit, having gone from 180 pounds of muscle to 160 pounds of skin, bones, and a little round belly; and, worse yet, I have no hope of ever escaping the pain or ever regaining my strength and intelligence. As a matter of fact, the whole goddamn rest of my goddamn life looks pretty fucking bleak, and even after years of pain, I still don’t have a clue how to handle that. Narcotics tell me that they’ll handle it for me and make me deliriously happy.

The words that I say to myself are a bit different… "Why can’t I handle this better? I know people who are worse off but appear to be doing fine. Why can’t I be like them and cut through adversity like a knife through warm butter? And why, when I spent years trying to stay healthy and more years trying to regain my health, am I like this while people who are older than I and never gave a thought to diet and exercise are doing fine?"

So far, I haven’t been tempted to take a higher dose of narcotics or to take them during the daytime (except for two weeks ago when Cipro took me to the doorstep of panic). I’m helped in this by reminding myself of what George Peppard (see photo) said about drinking: “You have problems, you think drink helps, then you have two problems.” I never knew him, and he has been in his grave for years, but I sometimes imagine him beside me, looking the way he looked toward the end of his life when his arrogance was gone. I don't only want to be strong for myself and for Peggy; I also want to be strong to honor his memory because every little bit of inspiration helps, and George Peppard's tortured existence and eventual triumph has certainly inspired me.

The bareass truth is that I need drugs to sleep, mostly because I’m in too much pain to sleep without them, but also because I’ve taken them for so many years that normal sleep is all but impossible. Yet, drugs are robbing me of myself almost as much as the pain is, not because I’m addicted but because when you take mind-altering drugs everyday, you start to lose sight of who you are. I’m desperate to give up drugs as a way of life, but I’m desperate for sleep too, and I can’t have it both ways. You might look at my situation and think you could do better, and I hope you could because you might have to someday, but where I am is where I am despite the years I’ve put into trying to either get well or get strong.

I just came off a five-month break from even trying to help myself—well, except for diet, drugs, writing, physical therapy exercises, and buying potted plants. When I started getting scared about how much I was looking forward to narcotics, which wasn't too long ago, I signed up for a Qigong class. My classmates are mostly old ladies, and I'm having trouble keeping up with them. I would have already quit the class, but where do you go after Qigong? It would be like dropping out of kindergarten.

As the saying goes, “You either get tough or die.” I’m not all that tough, but then I’m not dead or on a psych ward either... I grieve my life. Although, for years now, my experience of it has hardly been in the league of a walking death, it seriously sucks. My chief support has come from Peggy, my doctors, and you. Two bloggers who were dying (Renee and Nollyposh) gave me a generous portion of their time and compassion, and that still helps even though they're gone. I wouldn't be surprised but what many a life has been saved by a single act of kindness on the part of someone who had no idea of the significance of what they were doing.
Posted by Snowbrush 24 comments: