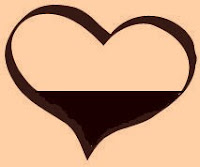 I just heard a poet on the radio read a loving poem about his dead mother, and I wished I could write a loving poem about my dead mother. When she passed away 23 years ago, I grieved intensely for sixteen months. Every night, she would come in dreams, and we would know such happiness as we had never known in real life. Then I would remember that she was dead, and she would recede into the darkness, leaving me to awaken in tears. After those sixteen months, the anger came and never left. It is still my only connection to her.

Peggy had told me years earlier that my mother treated me badly, but I couldn’t see it. Or rather I could see it, but I had spent so many decades telling myself that she didn’t mean the hurtful things she said, that I couldn’t let myself believe it.

While the poet was on the radio, a caller said that her own mother died in 1971, but that the grief is as fresh as if she had died yesterday. People often say that you should get over your grief in twelve months, but I don’t think it ever ends. It might morph, like mine did, but I hardly feel “over it.” It just takes up less of my time. After my mother died, three months passed during which I never felt a moment of joy. Then I was touring the Duluth, Minnesota, train museum one wintry day when it hit me that several minutes had gone by during which I hadn’t felt sad about losing my mother. The realization taught me that I still had the capacity for joy, and that I could expect to feel it for longer periods.

The good thing about your parents dying is that you don’t have to put up with them anymore. The bad thing is that everything that bothered you about them is frozen in time so that, if you work it out, you work it out alone.

I have a half brother who doesn’t want to know me, and a half sister to whom I am a mostly a penpal. I also have a full sister, but I haven’t spoken to her in the fifteen years since our father died. She abandoned him, so he left her out of his will. She expected me to share his meager estate anyway, but I would have burned it first. The truth of the matter is that we never liked one another, so it isn’t my sister I miss but the idea of having a sister. The same is true of my parents.

My half sister, Anne, envies me because I grew up in a home that had two parents, while she was raised by an uncle who treated her like an object of charity. I meanwhile, envy Anne because she was at least raised by people who didn’t hate one another, and because she had an extended family of other aunts and uncles who loved her and for whom she has fond memories. Oddly, some of my fondest “family” memories are of those very people, yet I was only around them for a week one summer.

I had but one uncle and one aunt of my own. The uncle, I didn’t know, and the aunt and her brother—my father—disliked one another, so her six children consequently disliked me. Things would have been easier had they not been the only other children in my rural neighborhood.

When I was a young man, I imagined that I would create a family from among my friends to supplement my own small and troubled family, but what I found about friends was that when holidays rolled around, they spent them with their blood relatives, leaving Peggy and me alone—unless, of course, she went away to see her own parents and sisters in which case I was really alone. True, my friends might talk about their relatives as if they were the worst people in the world, but when holidays came they went to them, and this made me wonder how close we really were. I also noticed that friends have a way of moving across the country and losing touch.

I turned to dogs for family with some success. The best thing about dogs is that they won’t abandon you. The worst thing is that they’re like perpetual children that need taking care of their whole lives long without ever being able to take care of you. Bonnie and Baxter became significant liabilities after my recent surgeries because they still needed their daily walks and grooming even when it was cold and muddy and my belly had been split open, or I couldn’t put on my coat because my arm was in a sling five inches in front of my body.

Another attempt I made at family was the Masons and the IOOF. There is much to be said for such fraternities, but the people you meet there are no more likely to care about you than are the people you meet anywhere else. My fraternities were founded for the express purpose of serving as extended family, and the members even call one another brother and sister, but it is a mistake to take these things too seriously.

I would feel worse about my inability to maintain close ties with family or friends over the decades if Peggy didn’t have the same problem. I can’t see how it is her fault, and this leads me to think that life is just that way. I’ve known people who I imagined to have a lot of friends, but when I became their friend, I learned that I was wrong or that their friends, like my own, tended to drift away after a few months or years.

Right up through college, friendship came easily. But maybe that was because I didn’t mistrust people back then. Now, I never assume that a relationship will last.
Posted by Snowbrush 35 comments: