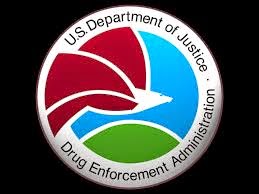 I’m going to post this as an appendum to my last offering. Two states in the U.S. (Washington and Colorado) have legalized marijuana, and it’s on the ballot here in Oregon. Federal law prohibits the sale of marijuana, so even in states where it’s legal, the DEA (Drug Enforcement Administration) could raid suppliers. I loathe, detest, and despise the DEA because, for one thing, based upon my experience—and the experiences of voters in Washington and Colorado—they spend millions and millions of dollars persecuting marijuana users for no reason other than that they receive millions and millions of dollars for persecuting marijuana users. Since they’re losing their grip on pot, they’ve now turned to narcotics as public enemy number one, and to this end, they’ve upgraded hydrocodone (the narcotic in Vicodin) to the same level as the stronger drug oxycodone (the narcotic in Percocet), and they’ve made it harder for people who use the drugs legally to obtain them.

Here’s what I—and everyone else who uses long-term narcotics legally—have to go through to get them. Every month, I have to go to my doctor’s office and put the date, time, my driver’s license number, and my signature, on a form in order get a new prescription for a thirty-day supply of oxycodone. Before I started using a mail order pharmacy, I would then have to take the prescription to a walk-in pharmacy, show the clerk my driver’s license and sign for the drug. Now that I’m on Medicare, I use a mail order pharmacy, so I have to mail the prescription (I, as in me, because my doctor can’t do it, and no one can fax it) to a special address in Pennsylvania. For some reason, it takes them two to three weeks longer to ship oxycodone than other prescriptions.

They send it by UPS (United Parcel Service), and I have to receive it at my house and sign for it. It can’t be left with a neighbor, and I can’t pick it up at a UPS facility. It has to come here, and it has to be signed for here, only I never know what time of day it’s coming, and I have literally stayed home all day trying not to make noise so I wouldn’t miss the delivery. One day, I waited ten hours, finally had to go somewhere, and, of course, that’s when the truck came, and I had to start the wait all over again the next day—three misses, and they ship it back. I have to do this every month, which means everything else has to be scheduled around the delivery, only I never know more than three days in advance when it’s coming, which makes it hard to plan my frequent doctor visits, not to mention little holidays with Peggy.

All of this bullshit is the work of the DEA, but they don’t stop there. They also require that I sign a yearly contract with my doctor promising that I won’t get narcotics from any other doctor—as I might do if I were if I were an addict, or having surgery. I also have to promise to always get my narcotics from the same pharmacy. A record of all this—along with every narcotic prescription I have filled—is put into a database so the DEA can be sure I’m being a good boy. Of course, they don’t say that this is the purpose of the database:

Bullshit! Bullshit! Bullshit! The sons of bitches! How dare they claim that they’re forcing every doctor and pharmacist in Oregon to spy on people for their own good! As might be expected, the news media is only too happy to handle PR for the narcs by running story after story about the evils of narcotics—how they are over-prescribed, how many people die of them (it’s an “epidemic!”), and how we need to use “other methods of pain control,” all this without a single, solitary mention of the fact that narcotics have a legitimate place in medicine, or that other “methods of pain control” might be inadequate, either in whole or in part. Heavens no! At the behest of the DEA, narcotics in and of themselves are coming to be regarded as the enemy, and let the patient tremble who, for whatever reason, gets them from two doctors or two pharmacies, even once, and woe be to the doctor who prescribes more of them than the DEA thinks appropriate because he or she will be raided (we might not have money for road repair and social services, but the military and the narcs need never go begging). Bear in mind that such raids never happen before patients arrive or after they have left, but always when the clinic is filled with patients, the goal of the DEA being the same as Bush’s goal when he bombed Baghdad—SHOCK AND AWE. It’s their way of saying to doctors, Put the image of being led away in handcuffs in front of a waiting room full of patients into your pipe and smoke it every time you write a prescription for Vicodin.

On the bright side, I only have one thing to report: the ACLU (American Civil Liberties Union) is suing to put an end to the narcotic monitoring program because they are so radical as to think that what transpires between a doctor and his patient—or a pharmacist and his customer—should be private, but, of course, as every real American knows, the ACLU is nothing more than a left-wing nut group.
Posted by Snowbrush 19 comments: