The truth, the whole truth, and mostly the truth 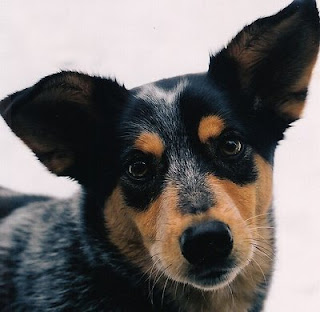 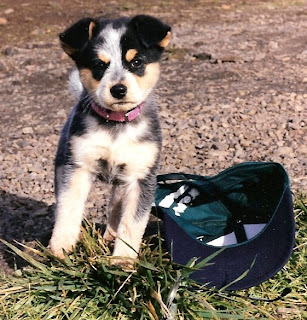 If you want to know what a smart dog looks like, take a look at this (I mean the photo, not the word this). Now, I’m not one of those dog owners who thinks his dog is smarter than other people’s children because I know she’s not. I know this because I get audited every time she does my taxes. Of course, CPAs get audited too, so maybe Bonnie is smarter than other people’s children after all. Or maybe CPAs are just really dumb. Remember Arthur Andersen?


Another way that Bonnie is smart is that she always craps in the neighbor’s yard. The neighbor was pretty good about this for the first ten years or so, but then he started getting a little testy. One day he came over all red in the face and trembling. I thought he was just sick, but then he said, “If you don’t keep your goddamn dog out of my goddamn yard, I’m going to burn down your goddamn house.” I can’t describe how heartsick his words made me feel--I had really appreciated not having to buy my own lawnmower.

A few nights later, he woke me up about three in the morning. I heard screaming and cursing, and looked out to see him in my driveway buck-naked, jumping up and down, and holding a gun. I would have been hit by the first bullet if I hadn’t seen the fire leap from the barrel in time to duck. He must have stayed out there for upwards of two hours before he called it a night. Maybe he got cold, or sleepy. I never asked. Bonnie and I thought his behavior was so funny that neither of us could stop laughing for the longest, and we slept until noon. I didn’t send him a Christmas card that year because I wanted him to know that his behavior was a little off, but I did send him one the year after. He still doesn’t send me one, and he never did get me anything for my birthday. Not that I got him anything for his either, but then he wasn't forever reminding me of when his birthday was.

People say that dogs reflect the personalities of their owners, which means that if your dog bites people, then you probably want to bite them yourself but don’t have the guts. The trouble with this theory is that I have two dogs, and the other dog would never hurt anyone. So, I’m not such a twit after all—ha, ha, ha.

Peggy doesn’t like it that Bonnie bites. “Well, at least nobody will walk off with her,” I say, but this doesn’t seem to make Peggy feel better. One thing about her biting that does bother me is that Bonnie will bite people who not only don’t want to hurt her, but are too frail to hurt her if they did want to. That’s just how she is though—not mean like a pit-bull but wild like a dingo (which is partly what she is). She has a two-phase interpersonal problem solving system. Phase one is to snarl, and phase two is to bite. Since phase one is over in half a second, it isn’t very effective. Phase two is very effective. Whatever anyone is doing that Bonnie objects to stops immediately 100% of the time when she bites them. My own record for problem solving is nowhere near that successful. You might say, “Sure she eliminates one problem, but she creates a bigger problem when she bites someone,” but she doesn’t see it that way. Maybe if the dogcatcher threw her in the slammer she would, but that has never happened.

Bonnie is eleven, and her eyes are getting bad, so people are usually able to move their hands out of the way before they are bitten. A lot of people get really bummed about Bonnie trying to bite them, and they’ll say strange things such as, “I don’t think she likes me.” “Don’t take it personally,” I offer. “It’s just that she filled her friendship quota years ago, so you’ll need to wait for someone to die or move away.” I actually think this is true. Bonnie is very, very sweet to her friends (she only bites family members and strangers), but she doesn’t seem to want any new friends.

Bonnie snapped at one lady who then became determined to make Bonnie like her. What this lady did was to get some bologna and feed it to Bonnie by hand a little at a time. When the bologna was gone, she stuck out her hand with nothing in it because she thought that she and Bonnie were friends now (maybe she had heard the saying about the difference between a man and a dog is that a dog won’t bite the hand that feeds it). Anyway, Bonnie didn’t feel any friendlier than before, and she demonstrated her complete willingness to bite the hand that feeds her. It was at this point that the lady gave up on being friends with Bonnie. My impression was that Bonnie had snapped at the lady because she was mad that there was no more bologna, but I didn’t want to say anything that would make Bonnie look worse than she already did.

I didn’t want to buy Bonnie because she came from a pet shop, and pet shop dogs come from puppy mills. I had wanted some dog for years, but Peggy said it was so painful when our last one died that she was through with dogs. Anyway, when Peggy saw Bonnie in the window at the mall, she decided that she and Bonnie had a psychic bond, so I couldn’t very well nix getting her even if she was a pet shop dog. I did remind Peggy that neither of us knew anything about herd dogs in general or blue heelers in particular but, like I said, how could I put my foot down? A few weeks later, I came home one night, and Peggy was off the wall livid and yelling about how “that damn dog” had to go. What had happened was that Bonnie got mad at Peggy (without good reason, Peggy thought) and nailed her. I thought this was hilarious. “Hey, what happened to your psychic bond—haw, haw, haw?” I asked. This didn’t seemed to help Peggy’s mood the way I thought it would. Peggy is hard to comfort sometimes.

Something else that bothers me about Bonnie’s violent behavior is that if Peggy and I get into a fight, Bonnie always takes Peggy’s side even if Peggy is in the wrong. Peggy can literally walk up and start slapping me around (pretend slapping), and Bonnie will come running and threaten to bite me if I don’t stop. Stop what? All I’m doing is standing there getting slapped. Peggy thinks this is SO funny that she will almost bust a gut laughing, and this causes her to stop slapping me, and that causes Bonnie to go back to whatever she was doing (lying on the floor usually) before Peggy got her riled up. It’s as if Bonnie’s position is, “Okay, Peggy, anytime you want to kill your husband, just let me know, and I’ll help.” The rest of the time, Bonnie seems to like me better than she likes Peggy (I know this because she humps my leg all the time but never humps Peggy’s leg at all). She’s a very funny dog that way. Her sympathy is with whomever she considers to be the underdog, even if the underdog is beating the hell out of the overdog for no reason.

But I haven’t said nearly enough about how smart Bonnie is, so I’ll tell you one last thing. One day Peggy was throwing Bonnie her Frisbee and her tennis ball. She (Peggy) got to wondering what Bonnie would do if she threw them both at once. Would she bring back the one that she liked better (her ball), or would she bring back the one that landed first, or that hit closer to her, or that she was able to catch? Well, what Bonnie did was to catch the tennis ball and put it in the underside of the Frisbee so she could carry the tennis ball with the Frisbee. That’s pretty smart. I know I wouldn’t have thought of it. Would you? I don’t think so. 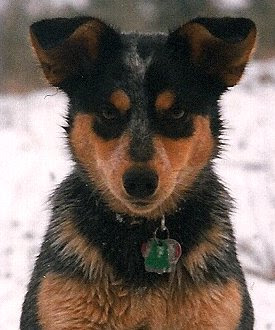