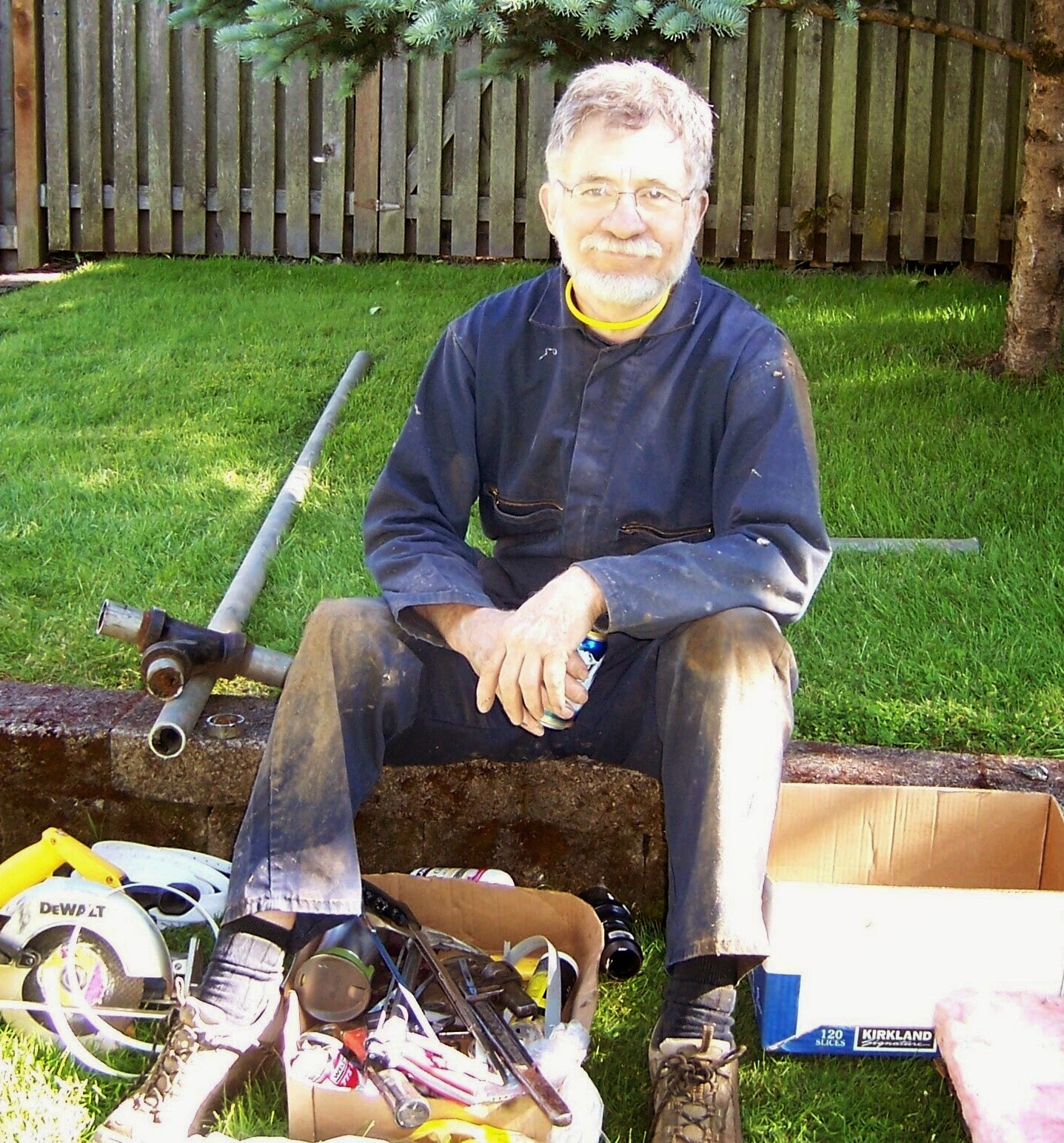 You might think that nineteen years of formal education would have qualified me for the labor market, but, alas, you would be overlooking the three years I flunked high school, my alienation from society, my ignorance of what I wanted to do, my conclusion that most employers are assholes, my parents’ belief that failure represented my best effort, and my belief that every job I ever had was beneath me. Fortunately, I married Peggy, a woman who is steady, stable, dependable, behaves professionally, and acts sensibly; in short a person whom employers trust and fellow workers respect. Since I’ve known her, she has worked in lowly positions at a pizza parlor and a fried chicken franchise. She also worked as a bridal consultant at a jewelry store and taught high school math and science, but spent most of her working years as a registered nurse, a job from which she plans to retire altogether on July 4 after having worked part time for many years.

I, meanwhile—since we married in 1971—have been an undertaker, an ambulance driver, an inhalation therapy technician, a phlebotomist, a department store clerk, an elementary school teacher, a handyman, a remodeler, and a mechanic’s helper in a Jaguar repair shop. Some of these jobs only lasted a few months. The teaching job lasted four years (I resigned following a yearlong dispute over a beard I had grown the previous summer and refused to shave), and others continued off-and-on for more than a decade because I either didn’t want to work fulltime or I went from employer to employer. The most I ever made in a year was $8,166 (which was very little even then), and that was when I taught school in Mississippi. It was the last job I held which was both fulltime and intended to be permanent. It ended in 1977.

My primary job since then has been that of houseperson for Peggy and me, a term that—for lack of a better one—I will use for purposes of this post, although it falls short of describing my duties because I also (with the help of my father) built one of our four houses, did considerable work on two others, and maintained them all including the land they occupied, which, in one case, was eight acres. I’ve also been responsible for maintenance on whatever two vehicles we owned (doing most of the work myself), handling our investments and other business affairs, doing our shopping (except for Peggy’s clothes), paying our bills, and so forth. Peggy has worked hard as a nurse, but once she left for the day, she was completely free, even on her days off.

There being no word that describes the scope of my work, I used to tell those who asked What do you do? that I did everything on the homefront except balance the check-book and fill-out the income tax form. This was literally true until Peggy started cutting back her hours and consequently took on a little more of the domestic chores. Most notably, she usually cooks supper now, cooking never being something that I enjoyed with the exception of soups, breads, and crackers. Even so, she still doesn’t know how to do laundry, find her way to the supermarket, run a credit card through a scanner, or do a great many simple things on a computer, and she resists my efforts to teach her.

Peggy has always liked having a houseperson, but the response from others has been uneven. My mother called her my meal-ticket, and others have also implied—if not stated—that I was little better than a gigolo. From the other side, many women have asked Peggy (usually while looking longingly at me) if they could borrow me for awhile, and they meant it as a compliment, it being abundantly clear to anyone with an open mind that we have adequate wealth without either of us having to work all that hard, and that I regularly do—or at least did—work that might very well have cost more than her yearly earnings if she were to hire it done. Unfortunately, society as a whole holds the occupation of househusband in lower esteem than any other job, which is to say it is viewed with contempt. According to every survey I’ve ever seen, my job—and my atheism—have each caused me to be more scorned than if I were a homosexual, a drug addict, a pedophile, a Communist, a Moslem, an illegal immigrant, a person of color, homeless, or morbidly obese. As a result, I tend to imagine that people either hate me or will come to hate me once I tell them about myself. If anything, this causes me to tell them sooner rather than later. I’ve been advised that if I were less open less quickly, people would see what a splendid person I am and be better able to bear what they perceive as my faults when they later learned of them, but since it hurts more to be rejected by someone I’ve come to like than by someone I don’t know, I seldom follow this advice.

Various natural traits make me a good houseperson. For example, I work well with my hands, learn well from books, and have a long history of working as a tradesman, so there are few jobs I won’t tackle. I’m so clean and organized that some consider me neurotic (given that my accusers are invariably slobs, I would argue that the neurosis is on the other foot). I also have an above average ability to anticipate other people’s needs, and I’ve spent years perfecting this ability for Peggy. I wash her glasses, kill her spiders, bring her slippers, turn down her covers, organize her closets and drawers, open her mail and lay it out neatly, hand her a towel when she dries her hands, give her the best of whatever food we’re sharing, move cut flowers to whatever room she’s in, and so on. Few people have jobs that they perform with such love as I perform mine. My work has had the effect of making Peggy my raison d'être to an extent that she cannot reciprocate. Her contribution to my welfare is surely more important than my contribution to hers (the primacy of food trumping even that of clean laundry and unclogged drains), but it isn’t direct and personal. She’s my wife, my best friend, my career, and, to a degree, my employer. Except for my writing, reading, and a few academic interests, nearly everything that I am and do is oriented toward her. The downside of this is that I would find life without her to lack purpose, and she would find it hard to function without me. I’m forever trying to teach her one thing or another so as to lighten her burden in case I should die first, but she is remarkably resistant, partly because she’s a procrastinator and a bit lazy regarding things she doesn’t want to do, and partly because she doesn’t want to acknowledge my mortality.
Posted by Snowbrush 31 comments: