Some Thoughts about Trump and the Pandemic as of Today, April 21 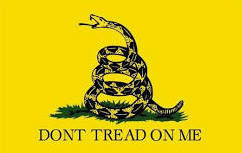 "Trump news is so terrifying I can barely stand to read it."
--from a British reader and friend

Trump news is terrifying, not just because of the things he does but from the disastrous effects on health, human rights, and the environment, that are posed by the people he hires and the judges he appoints. For instance, yesterday, a court upheld Texas' efforts to prevent abortions during the pandemic, and the day before that, another court forbade the governor of Kansas from banning church services during the pandemic.

When Trump took office, I wondered if this was what it was like to live in Germany when Hitler came to power, and the feeling has intensified. The only hope I can find is that his approval rating has generally been in the low forties, but sadly it is now at 49%. I, of course, can't see what there is to approve of, but when he turned his daily pandemic briefings into lie-strewn taxpayer-financed political events at which he boasted of how well he was handling things, blamed the Democrats and the Chinese for the pandemic, and insulted reporters when they asked such questions as, "What do you have to say to people who are afraid?" his popularity increased among those who favor "strong man" regimes. Last week, he even boasted: “When somebody’s the president of the United States, the authority is total." Although his supporters claim to favor a weak federal government and strong local governments, they didn't object to this, suggesting that they actually like a strong federal government when their candidate is running it.

The fact is that the laws that are supposed to protect America from would-be dictators only apply if the people of America respect those laws. A man like Trump will override them to the extent that the people allow him to, and with federal judges in his pocket, he won't even encounter resistance from that quarter.

Now, there is enormous pressure here to go back to pre-pandemic behavior, and much of that pressure is coming from Christians, from the far-right, and from the gun crowd (there being overlap among the three). Most governors are trying to prevent this, but Trump has been countenancing insurrection against them through such tweets as, "Liberate Michigan," "Liberate Minnesota," and "Liberate Virginia." It's also true that some governors are themselves backing a return to pre-pandemic behavior. For example, the governor of Georgia didn't bother to consult with his state's mayors before decreeing--today--that Georgia return to business-as-usual. If the medical authorities are right, this will lead to disaster, but here's what I think.

A week or two ago, it was reported that black people, Hispanics, Asians, and Native Americans die of Covid-19 in much higher numbers than Americans of Northern European ancestry, and it has long been known that sick people and the elderly are at greater risk, so is all this pressure to reopen society inspired by the thought that, "Hell, this virus probably won't hurt us much, and here is our chance to rid society of all the undesirables who are sponging off the government and draining "our" Social Security. Let's get out there and spread this thing around before scientists come up with a way to prevent it"? I suspect that, in the minds of millions (a third of Americans favor a return to what they refer to as normalcy), this is true, and my suspicion is intensified by the sight of guns (in states with open-carry laws), the Gadsden Flag (see image), and Confederate Battle Flags at these rapidly growing demonstrations. These are not people who care about the "rights" of anyone but themselves and their select group.

Another factor is that many Christians imagine that Jesus will keep them from getting sick (as the signs proclaim, "Jesus is My Vaccine"). Ironically, the parts of America in which evangelicals are dominant are the same parts that have a high incidence of obesity, diabetes, and heart disease, problems that make Covid more deadly. So, on the one hand, you have people who see the pandemic as a way to rid society of "undesirables," and, on the other, you have such Christians as imagine themselves immune.
Posted by Snowbrush 19 comments: