Avoiding hurt by anticipating it 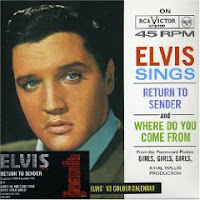 I just called a repair shop to make an appointment for the van. When I got off the phone, I checked with another shop, and learned that I could get the van in there sooner. When I called the lady back to cancel, her demeanor changed from caring to hostile.

This was no big deal, but it came on the heels of an email to Gwen (my mentor in my Wicca group) being returned because she blocked my address. Gwen had said she wanted to correspond regardless of my status with the group. I don’t know whether to interpret her action as coming from fear or contempt, or why she would feel either. Maat, the teacher, said she would refund the $20 I paid for supplies, and that I could expect a check the first part of last week. It is now the first part of this week, and it still hasn’t come. I had thought that—despite everything—these were people of integrity.

I have yet to learn enough about people that I can divine which ones are flaky or two-faced. I have often longed for some formula. For example, it would help a great deal if Democrats were invariably lying bastards and Republicans upright and consistent. Or if religious people were ethical and atheists untrustworthy. But alas, treachery and dishonesty extend equally across boundaries of gender, intelligence, education, wealth, geography, politics, and religion. That said, I have made a few useful observations.

People who are certain that Truth is on their side are unreachable when they err, as are people who blame others for their own bad behavior.

People who are lecherous, greedy, or addicted to drugs, alcohol, romance, or gambling, can be expected to put their addiction above everything else.

People who are under a physical or emotional strain are more likely to compromise their ethics.

People usually behave in the present as they have in the past, so I cannot expect them to treat me honorably if I know them to have shafted others.

The legal profession attracts people who enjoy finding clever ways to sidestep the consequences of evil acts, their own or others.

There is seldom a connection between legality and morality.

People who seek power over others (as through politics) are usually more interested in dominance than in service.

Those who are not invested in a person, group, neighborhood, etc. cannot be expected to act as though they are.

People who see themselves as victims can be expected to show treachery toward those whom they regard as oppressors, and few are content with getting even.

I can never trust anyone whose sacred cow I have slaughtered through evidence or rational argument. Not only will they pretend that the cow is alive, they will never forgive me for attacking it.

Unfortunately, many of the traits I mentioned are not readily identifiable, and people are capable of surprises no matter how reasonable the criteria I use to define them. I think that, when all else fails and I am treated shabbily by someone I thought I could trust, it is better to not take it personally. Maat did not say she would refund my money and then not do so because of who I am, but because of who she is. The same is true of Gwen who promised to write, but then blocked my e-mail. Seldom (if ever) does a person’s behavior toward me stand in isolation from the way they live the rest of their lives.

Footnote: Maat refunded my money after I wrote to her again asking for it.
Posted by Snowbrush No comments: