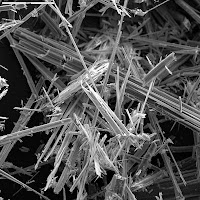 I bore even myself with my health updates, yet of those who have read my preceding medical adventures, some might want the latest. My fellow sexagenarians will probably be the more interested because musculoskeletal problems befall us all even if we smoke Pall Mall, drink alcohol, snort aerosol, and bejewel one ball.

Peggy and I saw my new doc yesterday. I was tying a hangman’s noose when he walked in (the kind with the 13 windings). If I were a doctor, this would give me cause for alarm, and he did look alarmed and even clucked as he sat down. He needn’t have worried. I have loved knots for many a year, and I often turn to them when I am stressed. Its grisly connotation aside, the hangman’s knot is without peer, both for beauty and strength. It’s also fun to tie.

“Here’s the thing, doc, one of your fellow orthopedists says I have arthritis; one says impingement; and one says superior labrum anterior posterior. What do you say?”

“I mean they’re all right—they ARE doctors, you know. However, every problem isn’t contributing equally—if at all—to your pain.”

“So doc, if, being doctors, they’re all right and you’re right too, what do you plan to do about it?”

“Well, my handsome young patient, there’s choice A, and there’s choice B. Choice A is to stab you with an arthroscope and fix whatever is amiss. Choice B is to give you steroid shots in both shoulders, send you for some more physical therapy, and see how you feel in six weeks. I recommend Choice B, but you seem more than a trifle frustrated with non-surgical approaches, so it’s your call.”

I was frankly more worried about washing out with a fourth doctor (I have been to each of the three orthopedic groups in Eugene plus one loner doc) than of surgery (after 28 months of pain, I WANT surgery), so I was relieved that I liked Mark Fletcher. He listened well, took his time, seemed to care, gave me options, didn’t turn apoplectic when I called him Mark, and introduced himself to Peggy (doctors often ignore the patient’s spouse). Do I think shots and exercises will help? No, but I’ll give them a try rather than challenge his judgment. He is, after all, recommending a treatment that will cause him to miss out on a quick buck. Then too, the opinion of a surgeon who advises against surgery is not a thing to be sneezed at.

I’ve had three steroid shots to my neck, one to a knee, and one to a shoulder. None of them hurt much afterwards. These shots still hurt WAY MUCH. Without Percoet, I can scarcely move my arms, and I’m obliged to support one hand with the other when I do move them. I naturally wondered what went wrong that the other shots didn’t hurt and these do—is Mark yet another dud doc? An orthopedic website identified the problem as a cortisone flare, meaning that the drug crystallizes and stays that way for a day or two. It isn’t anyone’s fault. At least there’s that.
Posted by Snowbrush 5 comments: