"And all our yesterdays have lighted fools the way to dusty death." Shakespeare 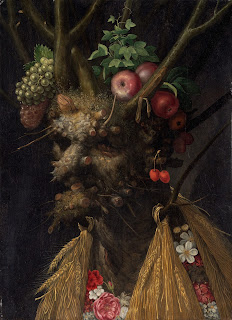 I can’t save that which I love; I can but ameliorate the damage for a short time even while knowing that I myself am sometimes the cause of that damage. For instance, no one has hurt Peggy more than I, yet I am the very person most devoted to her welfare. If I have damaged other people less, it was only due to the emotional distance that separated us, for I have often been needy even while taking a hard line. I wish I could have been warmer, more caring, yet I imagined at the time that I had given them all things good, and that it was they who had failed me.

I awakened just now pondering one such instance that has haunted me for 38 years. It concerned a friend who often brought me small gifts. One night, soon after giving me such a gift—I have forgotten what—he said that it would be nice if I sometimes got him something. I became outraged and accused him of only buying things for me so that he might get things in return. I later realized that this was a hard line indeed, but maybe I believed it at the time. As with the form of his gift, my interpretation of his words has been lost; I only remember that he had made me happy with a gift and then taken away my happiness with a complaint. We both could have spoken better, but what haunts me is not the feeling he expressed, which was reasonable, but my response, which was unconscionable. We remained distant for five years, and he died a possible suicide soon after we rekindled our friendship. Long reflection upon incidents that I never imagined I would remember has shown me that, where I was a victim, it was often to my own petulance and obstinance. I didn't realize how soon I would run out of time to grow-up and set things right, or how quickly my life would be littered with corpses for whom my remorse is meaningless.

Last week, I went to a Harvard-trained Korean neurologist who has honors and credentials out the ying-yang. We discussed two issues. One is a hellacious tingling from behind my right shoulder to the thumb of my right hand, and the other is my failing memory. He told me that the tingling originates in my fifth cervical vertebra, which I killed (literally) several years ago while taking Yoga in a failed attempt to alleviate the pain in my shoulders. As for my memory, he said that it isn’t bad enough to be labeled Alzheimer’s, but that it’s bad enough to suggest a 10% chance that it will progress to Alzheimer’s within five years. I reminded myself that pain, stress, depression, and drugs all have an adverse effect upon memory, that some such changes are reversible, and that it’s often unwise to put much stock in a diagnosis that appears to have been hastily made. He ordered an MRI of my neck and drew six vials of blood, half of which were immediately wrapped in tin foil. I won’t see him again for two weeks, but I went online tonight and got the results of the blood tests. One of my abnormal results is rare in the absence of liver disease, but then again, it sometimes indicates a disease of the nervous system or connective tissue. As with spot diagnoses, I know that it’s unwise to put faith into one test once done, yet the result is consistent with my increasing worries about my liver and kidneys due to the years that I’ve taken strong drugs daily for pain. In fact, I am awake now because of pain. The night being half over, I would ordinarily take an Ambien (narcotics keep me awake), and it would enable me to doze in and out a little, but because I’m determined to take fewer drugs, I’m unwilling to allow myself to take anything.

What with these concerns about dementia, liver failure, my customary pain (which, without the pills, seems to be enveloping my entire body), and my more recent tingling, I’m finding it harder than usual to maintain a positive outlook. I regret this for my sake, but also for the sake of those people who care about me, particularly Peggy. Even with all that I’ve gone through, I never lost sight of the fact that I was still able to bring a measure of good to her life, and I worry that this might not continue. If it doesn’t, I would be left without a viable option, a thought that brings me back to where I started this post. Not only can I not save the person I love most; the worst pain she will ever have might befall her because she loves me. I can but do my best to spare her as much of it as possible.
Posted by Snowbrush 27 comments: