You're not likely to see me buying any lattes 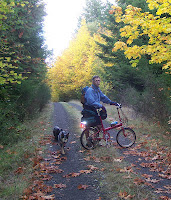 I was born frugal. I was also born clean and orderly. My dedication to the last two items has sometimes left people speechless because, as I suppose, they consider me neurotic and don’t want to risk setting off a crazy man. But have people ever given me hell about my frugality! Some of my happiest childhood memories are of taking my 25-cent allowance down to the polished marble of State Bank where hot-looking tellers treated me like a man. What do my detractors remember? Throwing away money on crap they didn’t need and didn’t even want a week after they got it, and that's assuming they didn’t break it on the way home?

My father-in-law, Earl, overlooked my drinking, my atheism, and my hippie fro. Likewise, he said nary a word about my screwing around; was silent regarding my inability to hold a job; didn’t flinch when I put my marijuana pipe in the sink for his wife to wash (although he flinched a little when I played Back in the USSR just for him); and never complained about me being kicked out of the Air Force after he had pulled strings to get me the assignment I wanted; but he has harangued me for 42 years because I save money. He had another son-in-law who declared bankruptcy, and I sometimes wonder if Earl ever bitched at him. The last time he was on my case was the last time I saw him, naturally, when he looked at me quite somberly in the presence of four other people and suggested that a lead coffin wouldn’t protect my money from the fires of hell. Okaaay! He’s a Baptist deacon, and I’m pretty convinced that heaven isn’t where most of them are going, so I’ll just have to bow to his expertise.

Given her father’s attitude, you’re probably wondering how Peggy feels about my frugality. Well, she’s frugal too, which makes it a little odd that Earl never criticizes her. She makes noises every now and then about splurging on something, but she doesn’t have it in her to truly go overboard—knock on wood. Like me, if there’s something she really wants, she gets it. Also, like me, she buys better than average quality (it’s seldom sensible to buy the very best), but we’re people with simple tastes. We’re also people who tend to anticipate bad things happening and to prepare for them. Money is a great protector from much that can go wrong in life—it’s literally a lifesaver in America where the government and insurance companies have no problem with allowing people to die by the thousands in what politicians call, “the most generous nation on earth.” If Peggy and I weren’t frugal, she couldn’t have cut back to working part-time several years ago, and she sure couldn’t be planning to retire in two years.

The biggest difference between us regarding money is that Peggy is more likely to buy something on the spur of the moment (“I’m going to treat myself,” as she puts it), whereas I usually think about a purchase for anywhere from a few days to a few months. The usual result is that I lose interest in buying it. When I do buy something on the spur of the moment, I regret it more often than not. For example, I bought a scented oil diffuser last month. If I had thought the purchase over for a few days, I would have remembered that Peggy and I often have opposing scent preferences, but as I stood there in that shop, I made a decision to allow myself to ride a wave of emotion. I justified this by telling myself that I was being childlike when what I was really being was childish. Now, I’m sorry I abandoned my usual prudence, and I regret owning something I don’t want but don’t have a great way to get rid of. My country is facing bankruptcy and my species is burning through the earth’s resources like there’s no tomorrow (which might be true given how we behave) because most people are improvident, and my purchase, small though it was, exemplified that.

I suppose Earl must think I'm denying myself too much, but I actually have no desire to spend money on anything I don’t already own except for a few items that cost so much they’re no brainers. For instance, I wouldn’t mind having a new van to camp in and a new car for Peggy to go to work in simply because I would anticipate them being more dependable than our old ones, but our ’93 Chevy and’98 Camry look good, run fine, and have less than a hundred thousand miles on them. I would also like to build an addition onto the house so I could maintain a resident masseuse to massage me in the middle of the night when the pain wakes me up. Travel? No, it’s too much work; there's no place I want to go that I haven't already been to; and I would miss my house, my cat, and my dog. I wouldn’t mind an occasional train trip maybe, but there’s no place in the world I had rather be than the Oregon coast, mountains, and deserts, and each of those is within a two hour drive....

I just thought of someplace I would like to go. I would like to have a private pilot fly me to cities with world-class gardens, museums, and plant conservatories. A chauffeur would pick me up, take me to an elegant hotel, and then drive me back and forth until I had seen everything. Too bad I can’t afford a live-in a masseuse or luxurious trips to art museums. As for new cars, I wouldn’t pay what they cost. Other people do, and if they think a new car is worth a year’s labor not counting interest, that’s fine with me, but to put it out there in all its bluntness, I would feel like an idiot.

Something else that strikes me as so outrageous that I can’t imagine doing it is gambling. I drove through Vegas once and stopped long enough to take a look at the inside of a casino. While there, I thought, what the hell, I might as well gamble, so I put a quarter into a slot machine, cranked the handle, and lost my quarter. I grieved for that quarter all the way to Fresno because I violated my integrity by gambling with it. Of course, I’ve known quite a few responsible people (hi, KJ) who liked casinos, but they seriously weird me out. Gambling is sort of like paying someone to hit you over the head and then feeling like a winner whenever they happen to miss. That’s what happens in casinos; you lose, lose, lose; then you win a little; and then you brag about your winnings to all your friends as if to suggest that you outsmarted the bastards. Yeah, sure you did.

When I started taking money out of banks and putting it into mutual funds, Peggy, remembering how bummed I was over that quarter, worried that I would freak-out completely if we should lose thousands. Well, we’ve lost entire years of income a few times by now, but it wasn’t me who freaked out. I handled it better than Peggy simply because I’m less of a pessimist than she, which is really saying something. Anytime we lose money, I try to hold onto the thought that it’s a temporary glitch, whereas Peggy concludes that it’s the first day of The Great Depression II. Now that she’s planning to retire in 25 months—right when the nation, if not the world, seems poised to go down the drain financially—I must admit that losing money hurts more than it used to.

There’s no getting away from the fact that you can do the very best you know how and still get screwed simply because life isn’t fair. Like turtles crossing a road, some of us come to a much worse end than others, and it’s not always because we behaved worse. The advantage of frugality is simply that you better your odds (sort of like a turtle who crosses the road quickly versus one who takes his time). I’ve often been told that I can’t take it with me when I die, as if a person’s goal should be to spend his last dollar on the day he stops breathing. No thanks; I had rather leave a little to charity. I donate some money already to civil liberties, animal welfare, public broadcasting, and environmental groups, but hardly enough to hurt. Since it looks like charities will still be needing money when I’m gone, that’s when they’ll get the bulk of mine. Until then, I might need it myself.

I guess I've made it clear that Earl isn’t the only one who’s judgmental regarding money. It’s just too bad that the only thing he and I agree on is that it’s better not to gamble, although he would argue that the stock market IS gambling. Now that I've become convinced that this country is racing out of control atop a highway paved with greed and stupidity, it is starting to feel that way.

The photo is of me with my fourth most expensive possession (after the house and vehicles). It cost $1,900 several years ago, and that was money well spent.
Posted by Snowbrush 20 comments: